Palazzo Circolone was built on the site of ancient shops purchased in the second half of the eighteenth century by the merchant Francesco Circolone from Maglie, native of Mola di Bari.

This is the first of several buildings that wealthy and enterprising heirs built in Poggiardo between the nineteenth and twentieth centuries.

First inhabited by Giuseppe Circolone and his wife Maria Teresa Alba, it then became property of Giovanni Circolone (1808 – 1859), a lawyer and mayor of Poggiardo who was also a brave supporter of the Unification of Italy and was exiled to Greece in Corfu’. A large plaque has been affixed to the facade of the building in his memory.  Other mayors from Circolone’s family such as Antonio, Oronzo and Gennaro lived there too 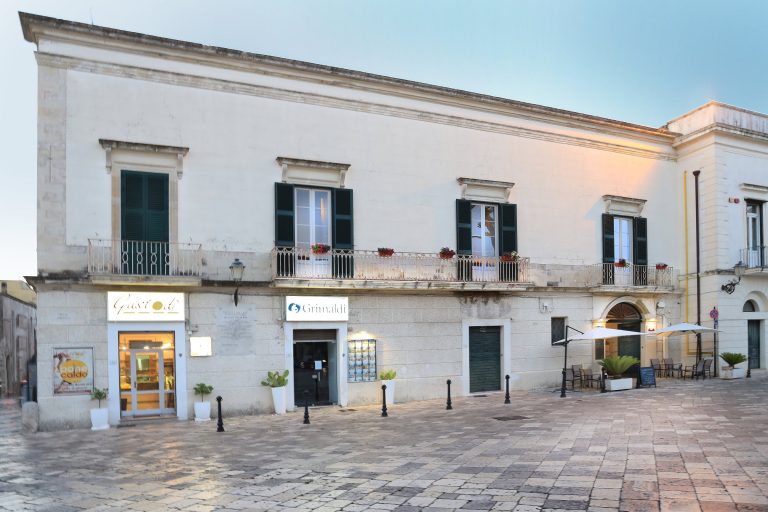 In the 70s, the building was used as a private club called “La Bussola”. In 1980, it was purchased by the notary Alfredo Positano, who practiced there his profession until 2008. 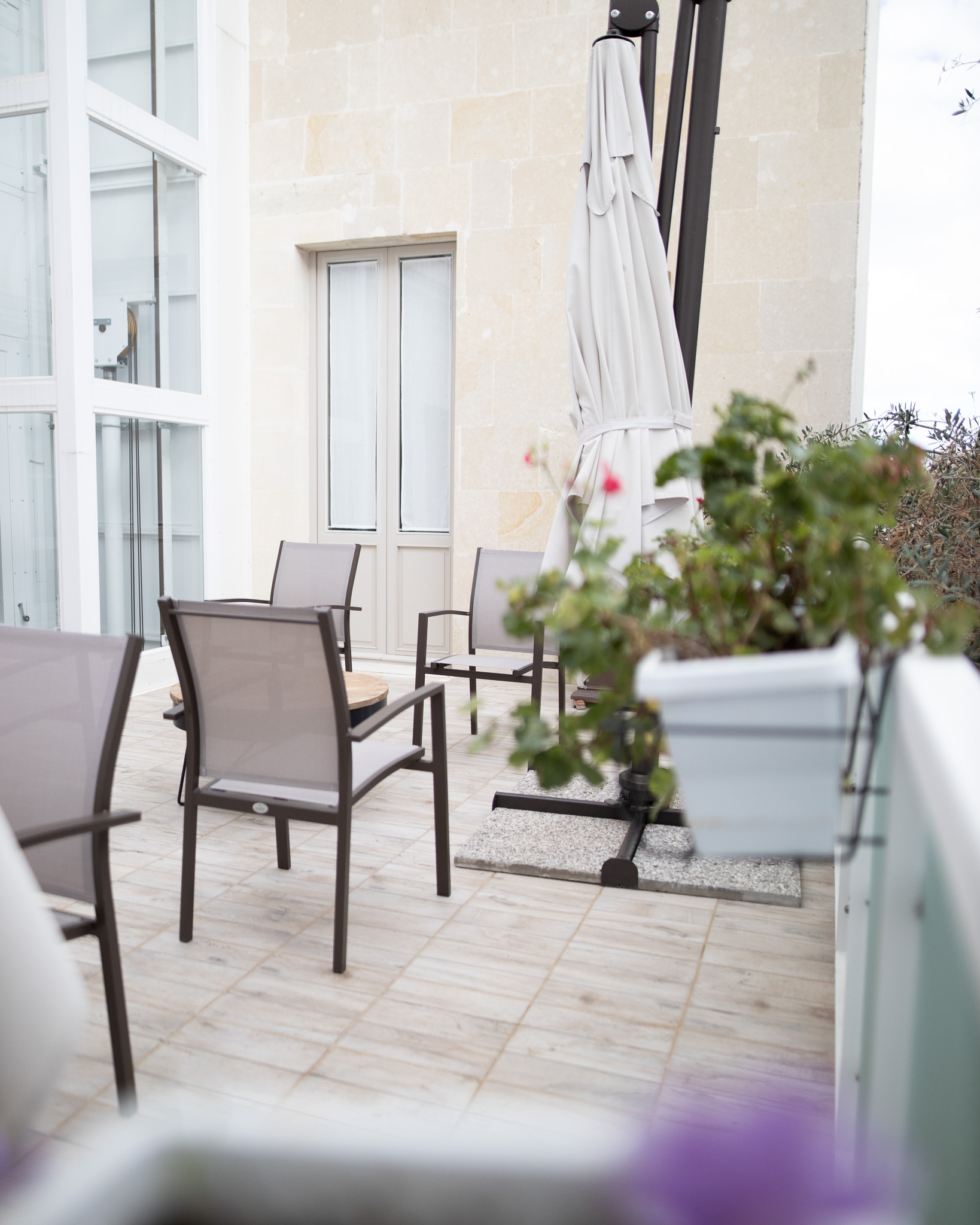 The recent renewal works have transformed the pre-existing halls on the ground floor into a restaurant, while the ancient courtyard has now become the bar.

Part of the garden was used to create the pool leaving the existing orange grove intact.

On the first floor, there is a big hall with a fresco representing Aurora or Eos, the goddess of dawn, while in other rooms there are other frescoes representing Venus’ vanity table, the “Amorini” or cherubs and some flower motifs.

Palazzo Circolone is located in Poggiardo’s main square, next to the “Palazzo della Cultura”, the first town hall which now hosts a library and a conference hall of the municipality.

In the library hall you can relive the splendour of the festivities that have been held in the past in this ancient dwelling: above the spacious room, there is an elegant vault pavilion whose center is occupied by a precious fresco dedicated to the theme of the myth of Eos, inserted in a large tile frame, also frescoed.

To further embellish the environment, two majestic chandeliers in brass and crystal of decorative taste of the late nineteenth century are hung.

In the room, comfortable and reserved sitting rooms will allow guests to relax by reading one of the many books in the library, both in Italian and English, or to plan excursions in the surroundings on the basis of the information available. 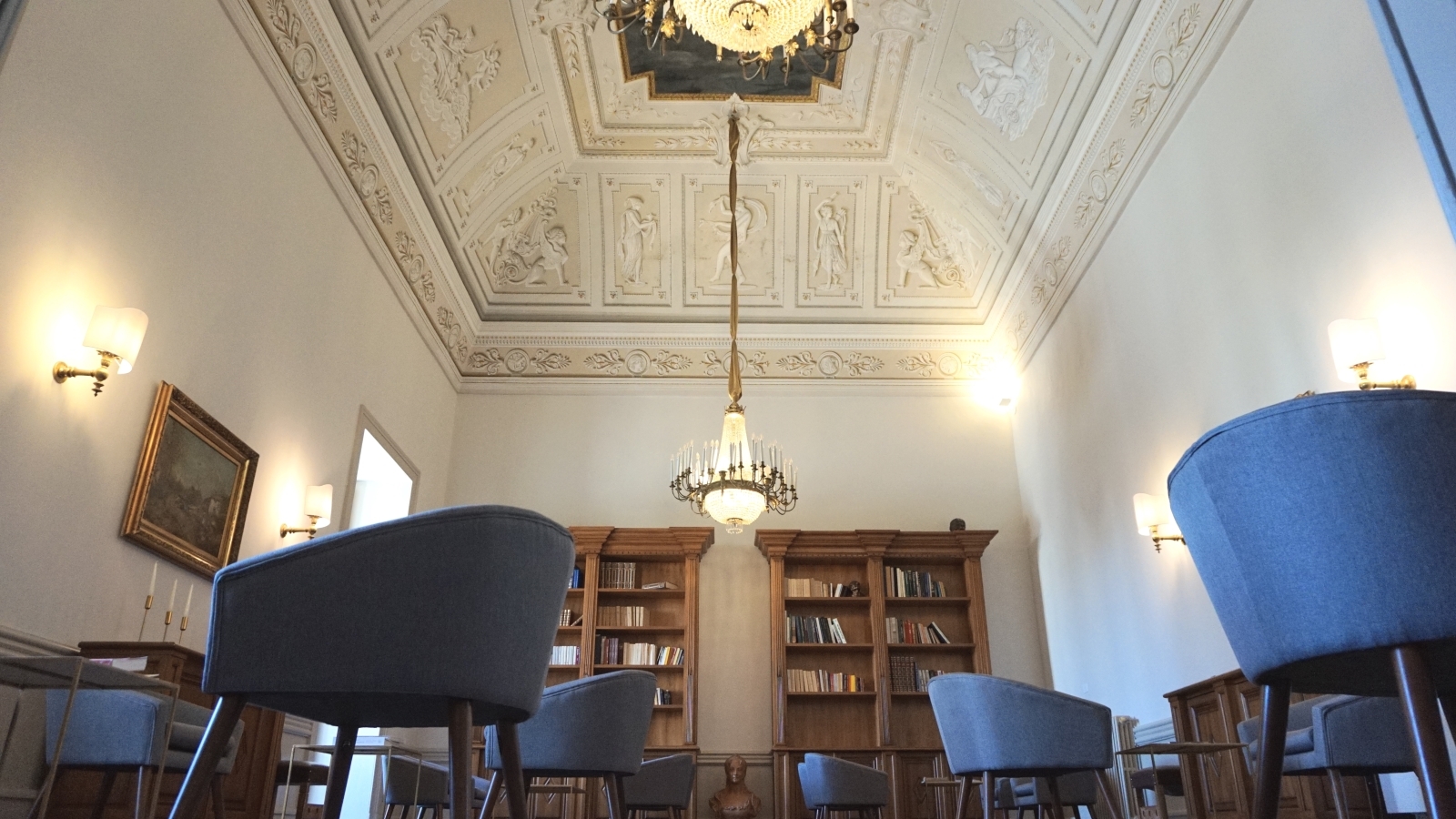 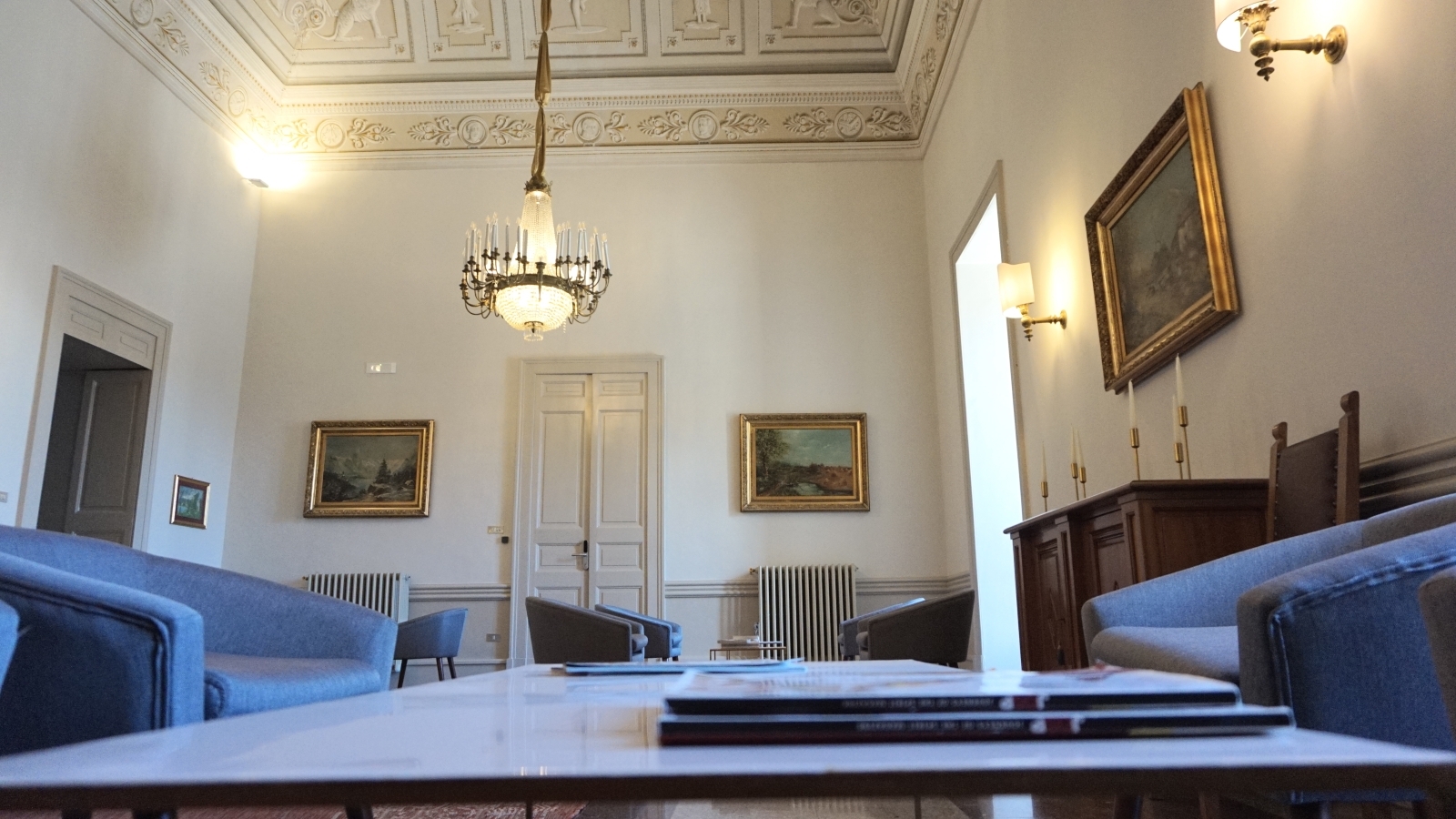 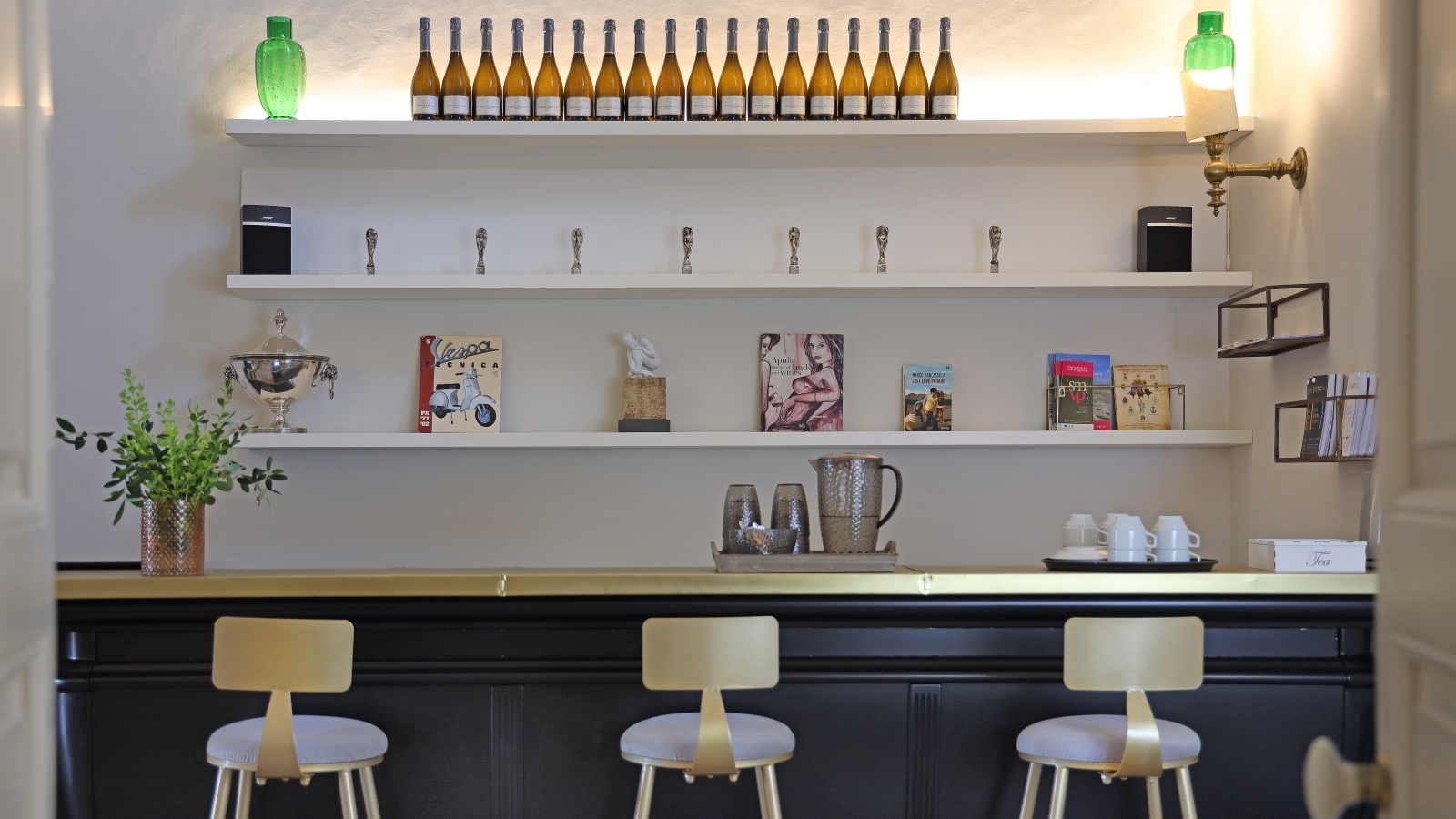 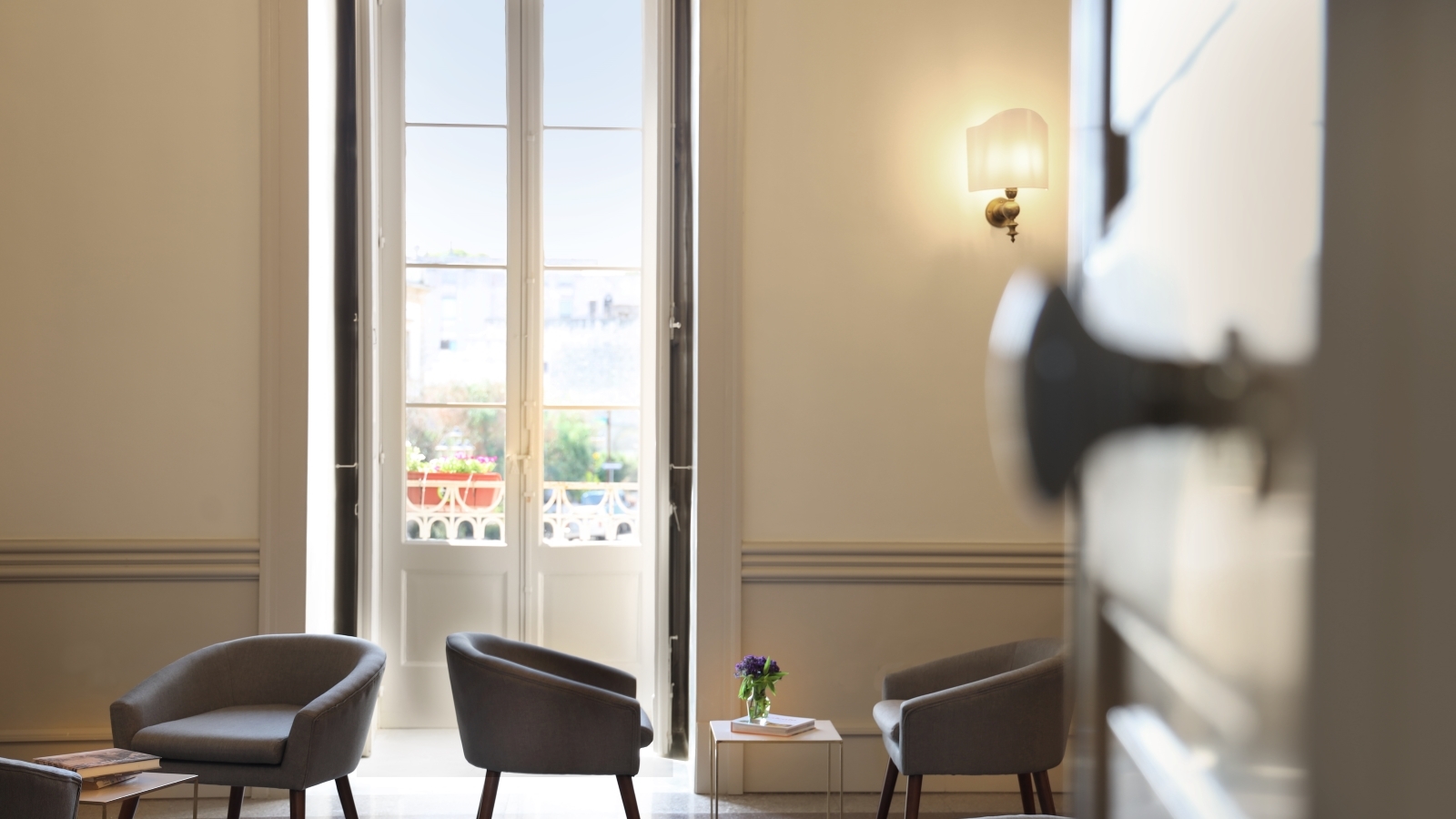 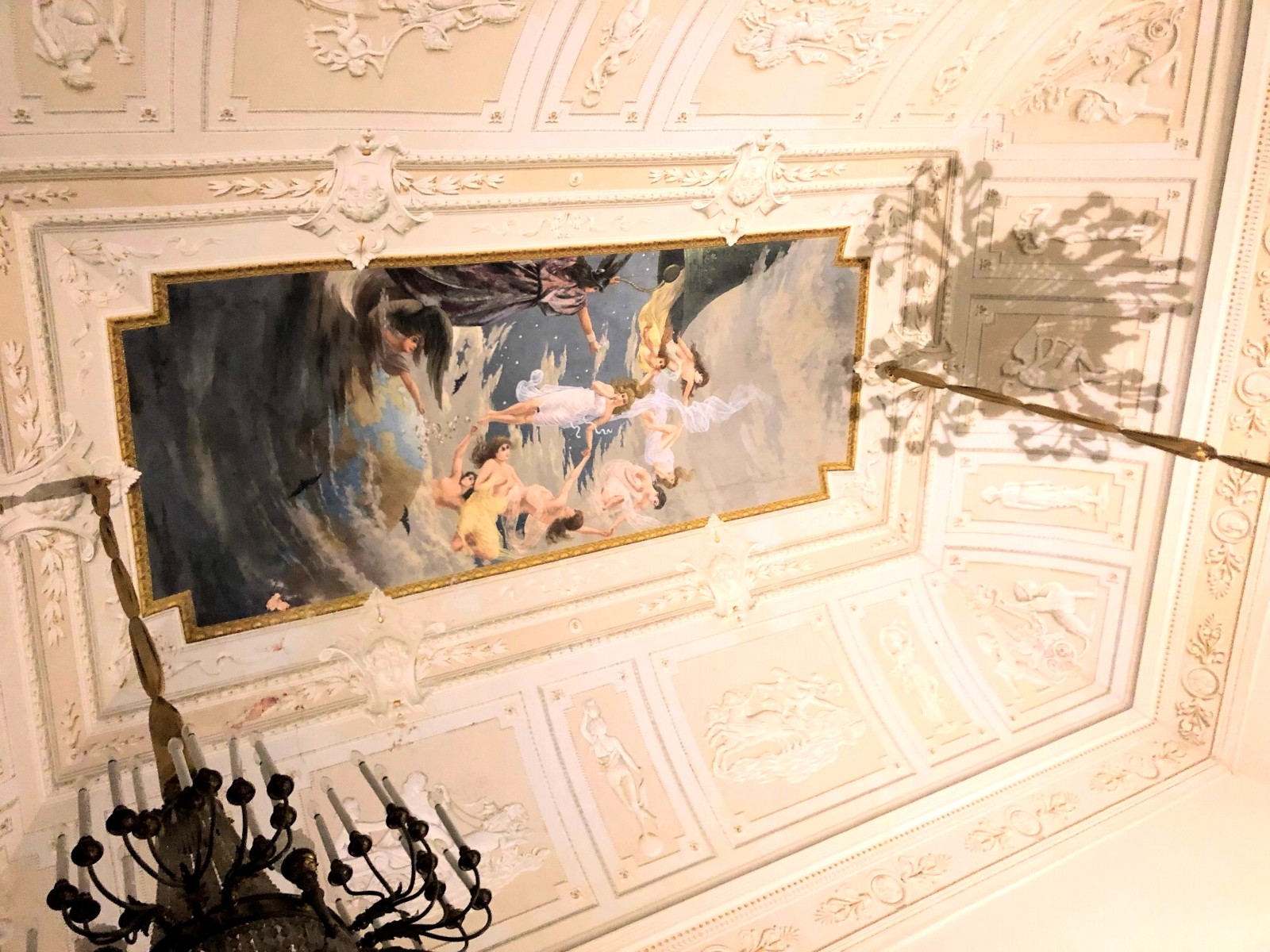 The building is provided with another room where a television and a library with foreign magazines and books of various kinds gives guests the chance to relax. 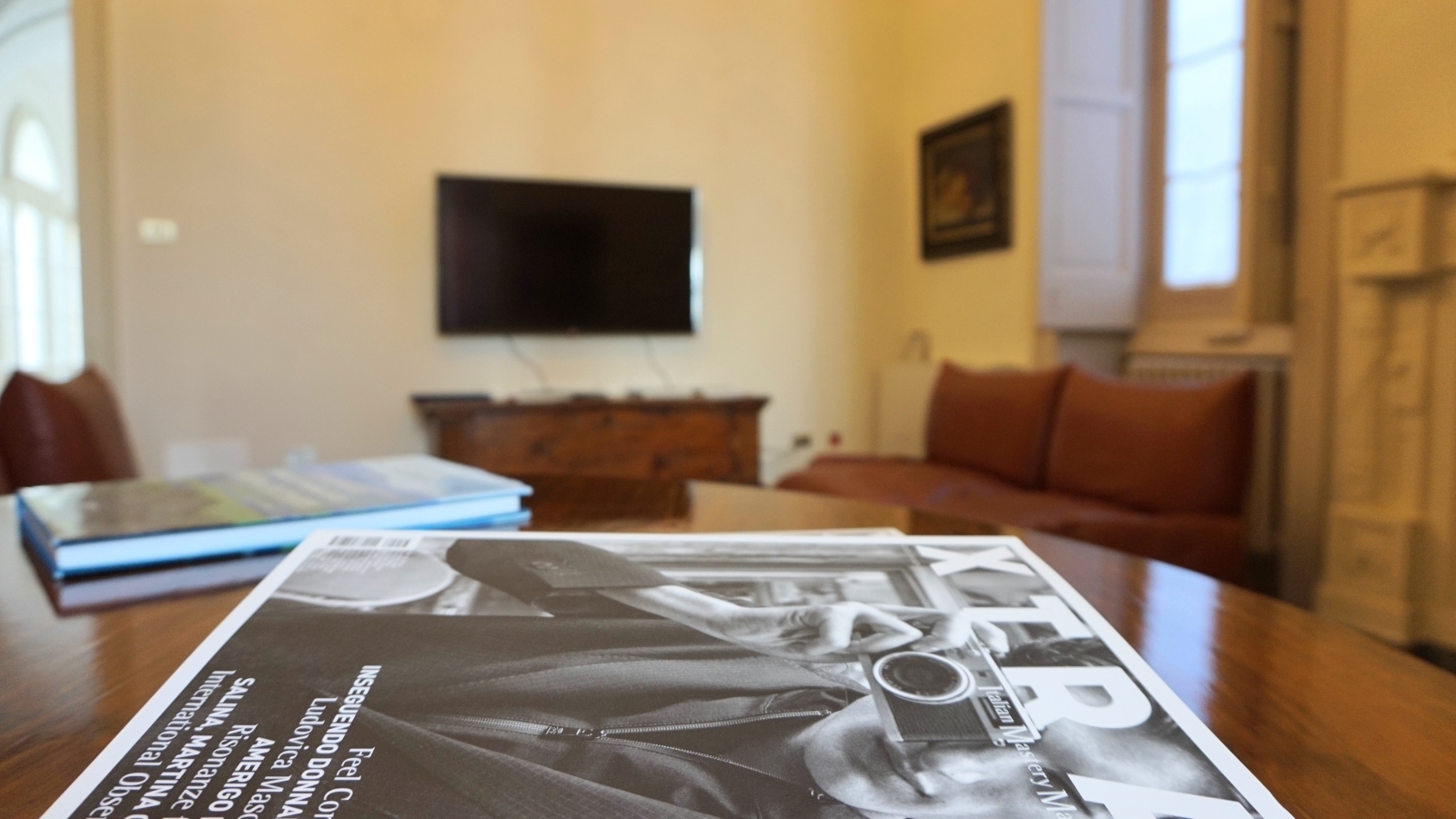 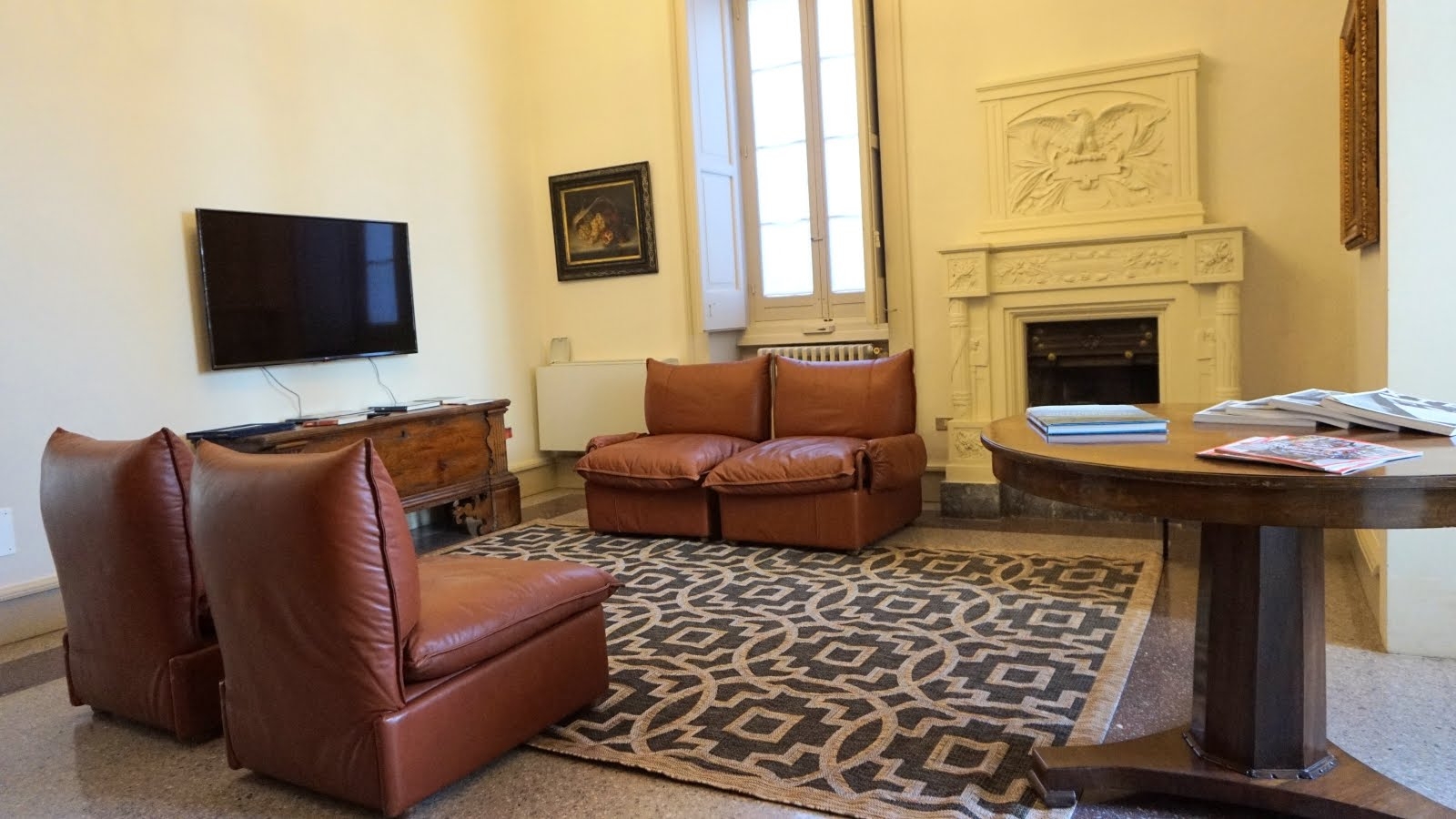 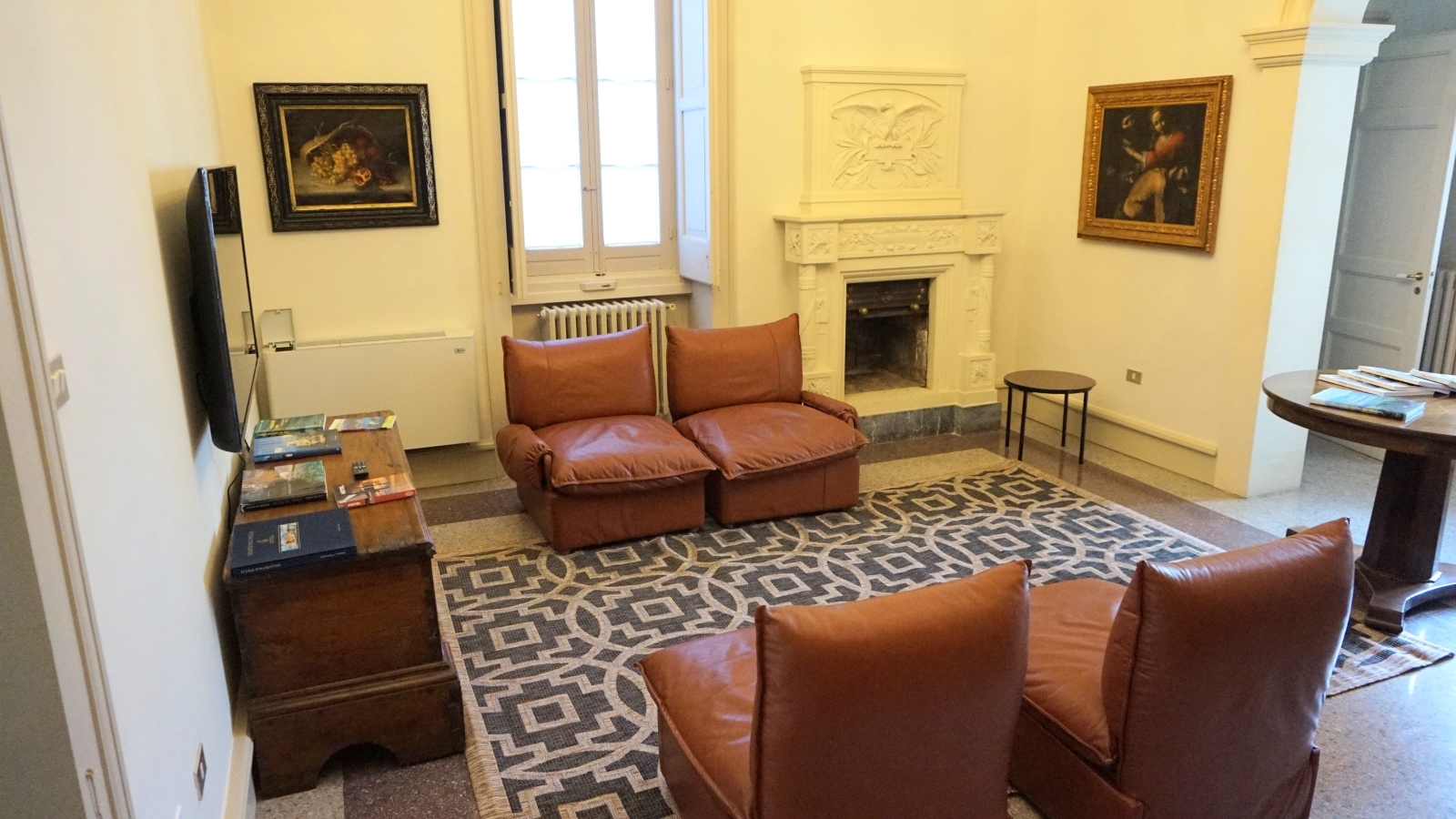 On the ground floor there is the large garden with the ancient citrus grove; a part is reserved for breakfast so that guests can experience this moment of the day enjoying the freshness and scents of nature.

Other drinks are freshly prepared in the adjacent bar.

In addition to the internal common rooms, the building also offers its guests a beautiful flowered terrace, where you can spend pleasant moments of relaxation outdoors under the large sunshade umbrellas … there is no better location to enjoy a glass of good wine in complete tranquility!